Yemeni Aqeeq Rings are most valuable jewellery for some people who knows benefits of Aqeeq. In this article we will inform you about preparation steps of Yemeni Aqeeq Rings and also show you our collection from Boutique Ottoman Exclusive Shop. 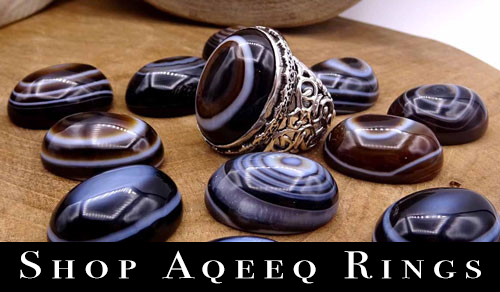 As Boutique Ottoman, we are the most famous Aqeeq Stone Rings supplier worldwide from Istanbul, Turkey. Our happy customers who already experienced our product quality and positive feedbacks makes us number one as Aqeeq Rings Supplier worldwide. In this article we want to inform you about all steps about this beautiful silver rings.

What is Yemeni Aqeeq?

Yemeni Aqeeq is a kind of Aqeeq stone which has different color variations. Due to its colours and natural variations one of the most famous stone is Yemeni Aqeeq for customers. It is also known as Agate and Aqiq, Haqiq stone. It is collecting from Yemen and processing with traditional techniques. Famous Yemeni Aqeeq is top stones for Aqeeq Rings or Aqeeq Tasbih fans.

Some people also knows benefits of Aqeeq stone and because of that they want to carry it with them. So best way to carry Aqeeq stone is Ring, Tasbih or Pendant.

Yemeni Aqeeq collecting from Yemen as its name. Most of them collected from Damar mountain which is located at South part of Sana district. This gemstones needs very hard and long process at workshops to use on jewelels. Most of them used on rings, tasbih and pendants.

Yemeni Aqeeq Stones comes to workshops as big rocks. First step of process is cleaning from other minerals by cutting this big rocks. After cleaning process stone cuts small stones to use on jewels. When cutting is finished another process, polishing started. Yemeni Aqeeq stones mostly used on Men Rings. Second usage is tasbih and after that pendants.

As Boutique Ottoman we are using this Yemeni Aqeeq Stones mostly in 925 sterling silver men rings.

Yemeni Aqeeq has different color variations and each variation has its own name. Most popular colors for aqeeq is Red, Transparent-White, Brown and Blue ones. Names of Yemeni Aqeeqs as below;

Blue Yemeni Aqeeq Stones: This is stones are blue-green color and some of them has strapped.

Sulemani Aqeeq Stone: This is also one of the most preferred variation of Aqeeq stones. It has transparent White, Yellow and Brown colors. 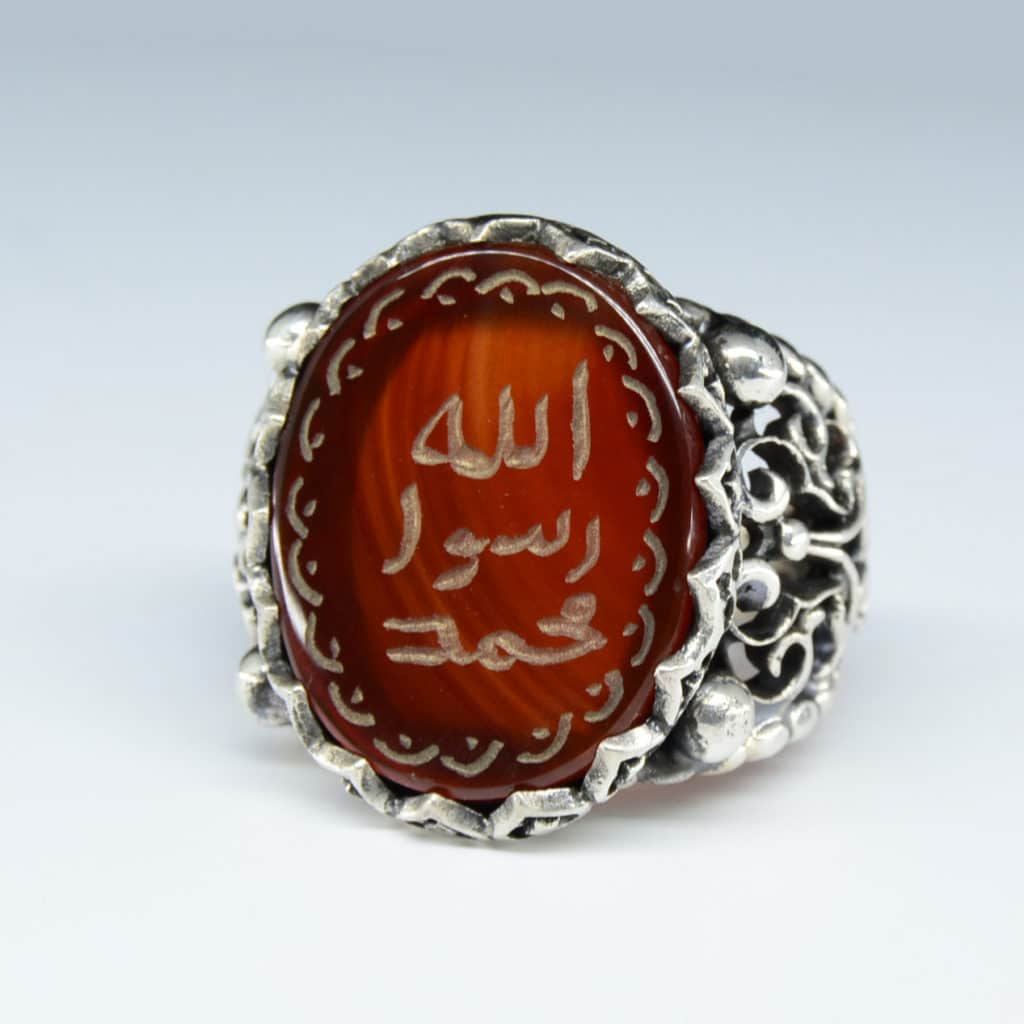 Yemeni Aqeeq stone prices between $50 – $100 without any silver parts. Prices can be up to $250-300 due to size, weight and quality. If you want to buy it on ring or pendant prices are changes between $100-$300 for 925 sterling silver. Also special modification like writing something on it changes prices. Jeweller Craft and Quality effects prices directly. For Yemeni Aqeeq Tasbih, prices changes between $50-$200.

It is very easy to find fake (not authentic) aqeeq stones in market. They comes from China and used at some jewellery products. Also when they put it on ring it is not easy to understand if it is real or not. So if you are interesting with Yemeni Aqeeq Stone Rings we suggest you to buy it from reliable suppliers.

Boutique Ottoman in business since 1972 and selling online since 2012. There are some websites that we can found on web who are trying to use our brand OTTO name but they are not using same stones as ours. Also you can find products at some marketplaces like etsy or eBay with half or cheaper prices. Please note that it is not possible to get real stones with that prices.

If you want to have benefits of Yemeni Aqeeq Stones you should use real stones and you should buy it from real brands. Boutique Ottoman products are under warranty for stones lifetime and 1 year warranty for jewelry products.

Best Sellers
Featured
Recent Posts
This site uses cookies to offer you a better browsing experience. By browsing this website, you agree to our use of cookies.
Accept