What is Red Liver Aqeeq Stone?

Red Liver Aqeeq stone is a kind of aqeeq which has red dark or brown color. It is called as liver aqeeq because color tonne of stone is similar to liver color. Actually there are lots of factors effects color tonne of red aqeeq. Due to light source, thickness of stone and back side of ring determinate color tone of stone. Yemeni aqeeq stones generally in red liver color.

There are many sellers at market for red liver aqeeq due to it is very popular stone. However like all popular things red liver aqeeq has lots of fake ones which are threaded or heated ones. Also some of them are even not aqeeq stone. As we mentioned before at our old article about Aqeeq Stone if you are looking for genuine red liver aqeeq stone it is not possible to find at marketplaces like Etsy or Ebay. We see that people tried to sell fake stones at this marketplaces for $60-$80 range in silver ring with free shipping 🙂 . Some of them are trying to proof their stone quality with phone lights 🙂 Really interesting… Because become a gemologist needs to study about 4-6 years.

So how do you understand if red liver aqeeq is genuine and original?

If you want to buy real red liver aqeeq stone you should buy it from a brand with warranty. Also price of product determinate authentication of stone. Red Liver Yemeni Aqeeq is one of the most famous gemstone for long time and it has limited sources. So only real stone prices starting from $80-$100 + ring body + silver + craft + shipping costs… We suggest you to buy liver aqeeq stone from a company with warranty, not from marketplace sellers or home based non-professional sellers which will give you no warranty.This type of sellers generally tried to make additional incomes for themselves and because of that profit margin is more important than brand reputation. And because of that generally they are selling fake stones to make more sales and maximum profit. Please be informed about that, as online stone we don’t want anyone faced with fraud.

On below picture you can see fake stones. They are even not aqeeq and prices at market about $1-2 per stones for ring manufacturers. It is not easy for you to understand if they are real or not if you are not expert or if you don’t have industrial tools to check. Please avoid from fraud sellers…

There are many mental and physical benefits of red liver aqeeq stone. From ancient times this stones known as symbol of “heart” and it has sacred things. It is known as protection stone from evil eye. Also believed as gives good luck to carrier. It gives wealth and helps to solve problems positively. It protects from physical and spiritual harms.

From ancient times, Red Liver Aqeeq has been worn as protective amulet. It is very important gemstone in Islam to protect yourself from bad eyes. If you have success, money and power, some of other people may wants to become like you. When they wish like you they may send you negative energy. This is called as evil eye. Red Aqeeq collects that bad energy on stone for wearer and helps you to protect from bad eye energy. Some customers reported to crack on stone suddenly without any hit or touch. This happens from bad eye energy.

This stone or red liver aqeeq rings generally carried to have good luck. If you want to overcome difficulty or an unlucky year we suggest you to carry this stone with you. By using Red Liver Aqeeq rings, you would have the power to get over a crisis. It would give the owner courage and will to solve the problem.

Sometimes you do everything right, but unfortunately you will have loss. Red aqeeq is a miracle stone to cover that situation. Due to its luck and bad eye protective benefits, it helps you for wealth and power. You can protect yourself from bad eyes, improve your wealth with stable mind and get luck in your business life with red liver aqeeq stone rings.

Liver Aqeeq makes you quite and calm so gives emotional power and strength. It also known as to create strong relationship with partners. Red Aqeeq increasing the energy of love. It will fill your body with emotional power and love. Especially for men, red liver aqeeq improves men strength. New married couples generally wears red aqeeq for long lasting marriage. If you have any issue for making baby wearing liver aqeeq stone will help you. You need to carry it about a month to get this strenght.

Red Liver Aqeeq also uses for healing. If you have illness it can help. Known healing benefits of red aqeeq as below;

Red Liver Aqeeq stone is very important for Muslims. It is significent stone in Islam and sunnah for all Muslims. Our Prophet Mohammad Rasool Allah (S.A.V.) used red liver aqeeq stone ring. Today worldwide Muslims wearing red aqeeq stone rings to follow our Prophet. Not only for men also for women it is very important to wear or carry that kind of stone jewelry. Since it is very popular of course there are lots of fake selles on internet for this stone. Please be awake.

We will try to give you detailed information about Red Aqeeq Stone. If you want to have one you are welcome to our shop for Red Agate products.

Hope this guide will help you and avoid from fake aqeeq sellers. 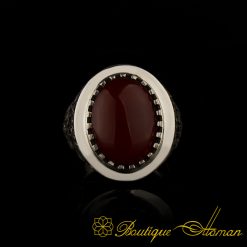 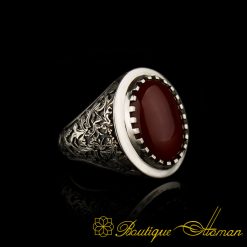 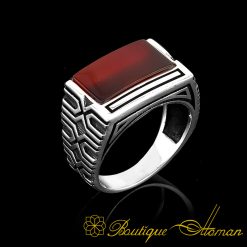 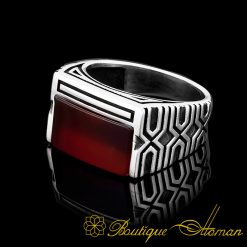 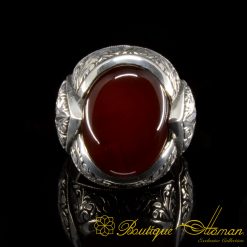 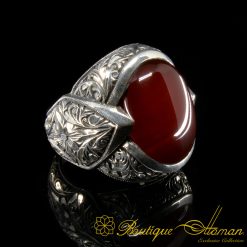 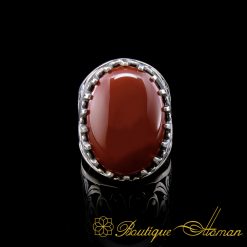 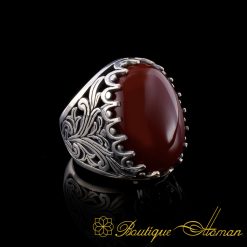 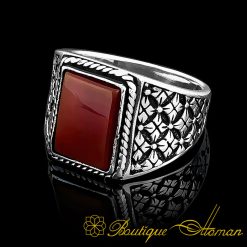 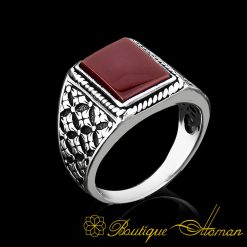 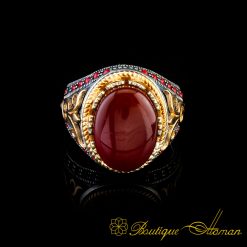 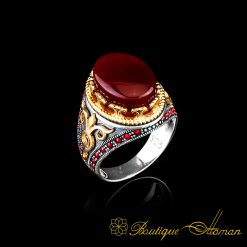 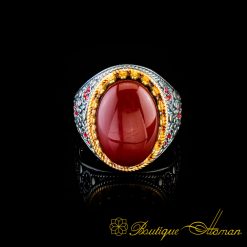 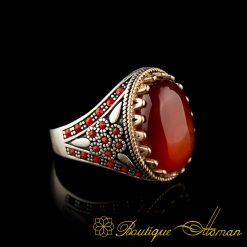 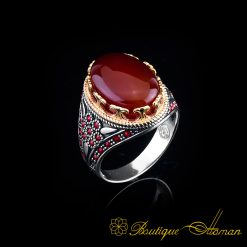 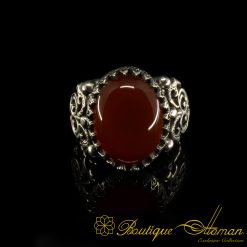 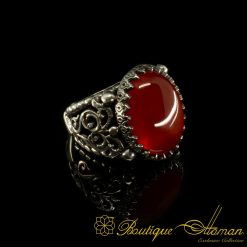 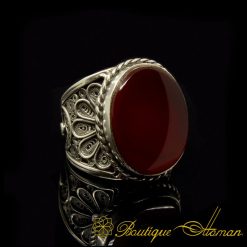